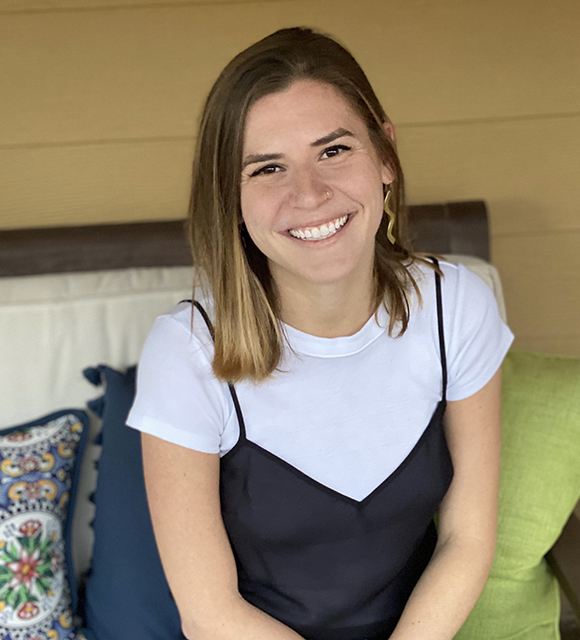 Kate is the Public Engagement Coordinator for Just Vision, an organization that highlights the power and reach of Palestinians and Israelis working to end the occupation and build a future of freedom, dignity and equality. In this role, she supports the development and implementation of Just Vision's public engagement strategy around the organization's films, media and other projects in the US and internationally.

Before joining Just Vision, Kate was a communications consultant for Pathfinders for Peaceful, Just and Inclusive Societies at New York University's Center on International Cooperation, supporting their peace-building and violence reduction campaigns. She also served as an Associate at Global Health Strategies (GHS) where she supported advocacy and communication efforts around access to primary health care, universal health coverage and safe, quality medicines.

Prior to working with GHS, Kate was a Naomi Chazan Fellow with the New Israel Fund where she advocated on behalf of the organization's values of social justice and human rights within Israel and the Occupied Palestinian Territories. She also spent time volunteering in Souda Refugee Camp on the island of Chios, Greece and served as a volunteer trainer for IfNotNow working with local chapters in New York City, Washington, D.C. and Austin to grow the movement's membership and impact.

Kate graduated with honors from Washington University in St. Louis with a B.A. in International Relations, during which she spent time studying Political Science in Turkey and Arabic in Jordan.