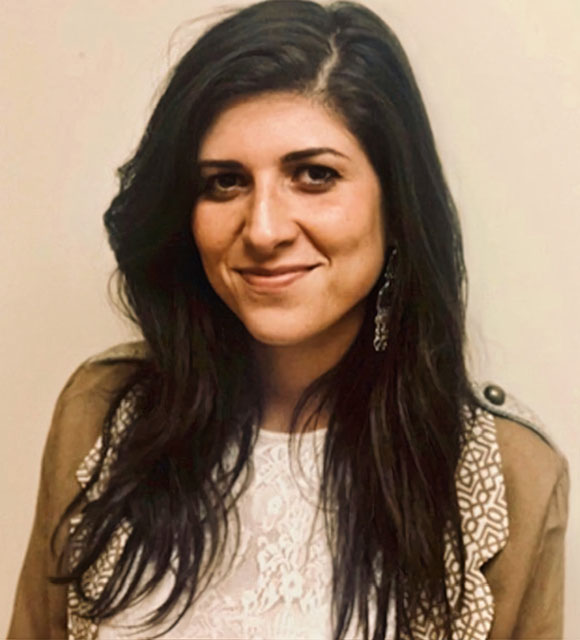 Leyla is the Communications Manager at Just Vision, an organization that highlights the power and reach of Palestinians and Israelis working to end the occupation and build a future of freedom, dignity and equality. In this role, she manages Just Vision's communications strategy across the organization. She is also a journalist, audio producer and MENA region analyst.

Leyla’s work has included shifting narratives on climate change, grassroots cooperation in Nile Basin countries and mobilizing around progressive political campaigns. Prior to that, she was an investigative reporter in Egypt where she worked with the Financial Times, The Guardian, Egypt Independent and the Daily News Egypt. She covered major events in the MENA region including the 2011 uprising in Egypt, the 2012 elections, detainment of political prisoners, and other social justice and political issues. She is a co-founder of Mada Masr, Egypt's only surviving independent news outlet, which received numerous international awards including the Free Media Pioneer Award, the Index on Censorship Freedom of Expression Award and a nomination from the Reporters Without Borders Prize. She also briefly worked as a political affairs analyst and researcher at the British Embassy in Cairo.

Leyla completed her bachelor’s degree in Political Science and Media Studies at the University of Toronto, and a M.A. in Middle Eastern Studies from SOAS, University of London, where she wrote her thesis on food politics and power in Egypt. She is currently completing a second M.S. in Journalism at Columbia University in New York City, specializing in audio production. Leyla is a Global Shaper with the World Economic Forum and co-President of the Arab and Middle Eastern Journalists Association branch at Columbia University.