To learn more about the film, visit the film's page. 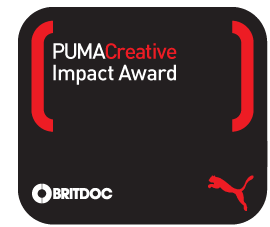 Our team created Budrus with the explicit goals of putting Palestinian and Israeli nonviolence efforts at the center of local and international discourse about the conflict, as well as building the capacity of nonviolent activists in the field by ensuring they gain traction within their own societies and abroad. Just Vision recognized the advantages of film early on: the immersive storytelling experience invites large numbers of people to briefly suspend disbelief and invest themselves in a particular narrative, even if that narrative falls outside of their deep-rooted political perspectives. Further, film takes viewers beyond the platitudes that dominate discourse around controversial issues and allows them to examine the human implications of a particular topic. But even while recognizing these benefits, we knew we needed targeted media outreach and an intensive public education campaign to maximize the impact of this story. For more on Just Vision's theory of change read Julia Bacha's editorial in Forbes: Shifting Narratives in Documentary: A Case Study of Budrus. 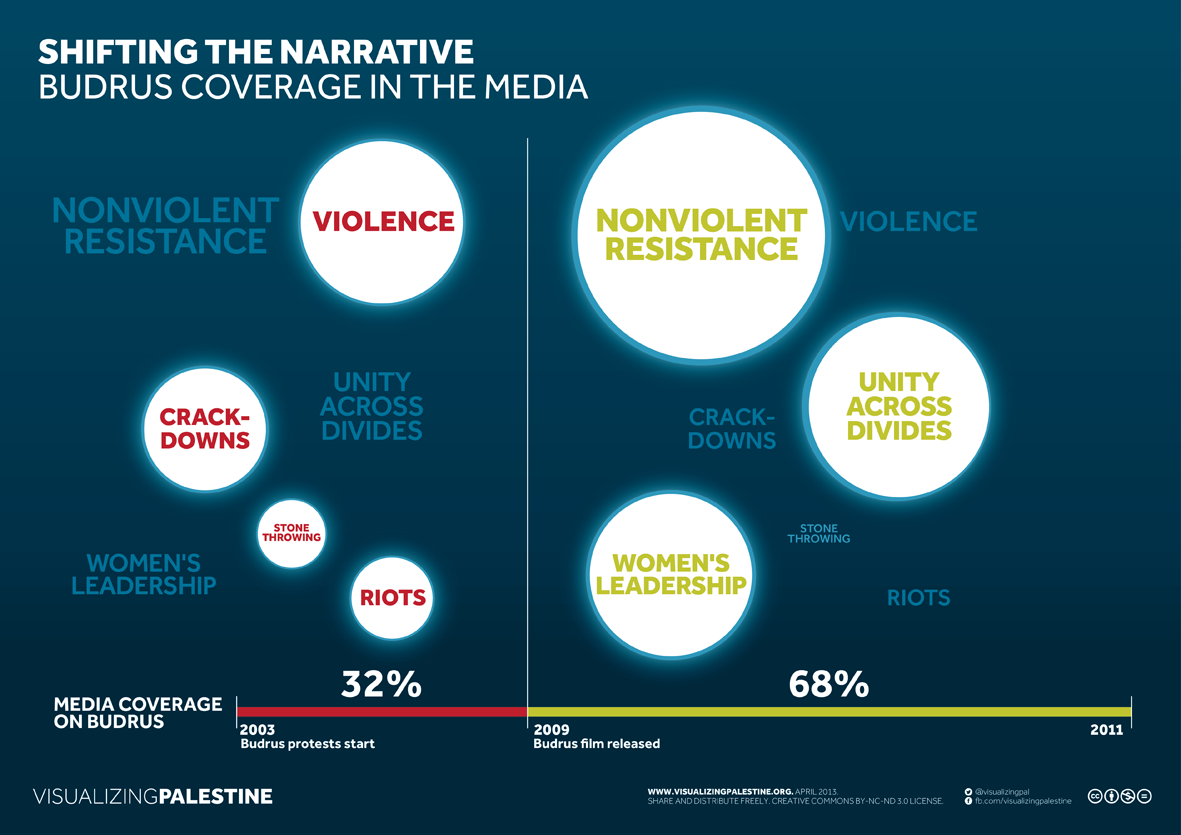 Visualizing Palestine created this infographic based on research conducted by StrategyOne, a daughter company of the public relations firm, Edelman, which analyzed all English-language media coverage relating to the village of Budrus before and after the film's release. The results showed that coverage prior to the release of the film characterized the protest in Budrus as riots and disturbances of the peace. After the launch of the film in 2009, most of the media coverage described the events in Budrus as a nonviolent struggle initiated by the residents to save their lands and olive trees. The StrategyOne findings showed that the film not only put Budrus on the map, but successfully shifted the media narrative around the protests from one of riots to one of a strategic nonviolent campaign.