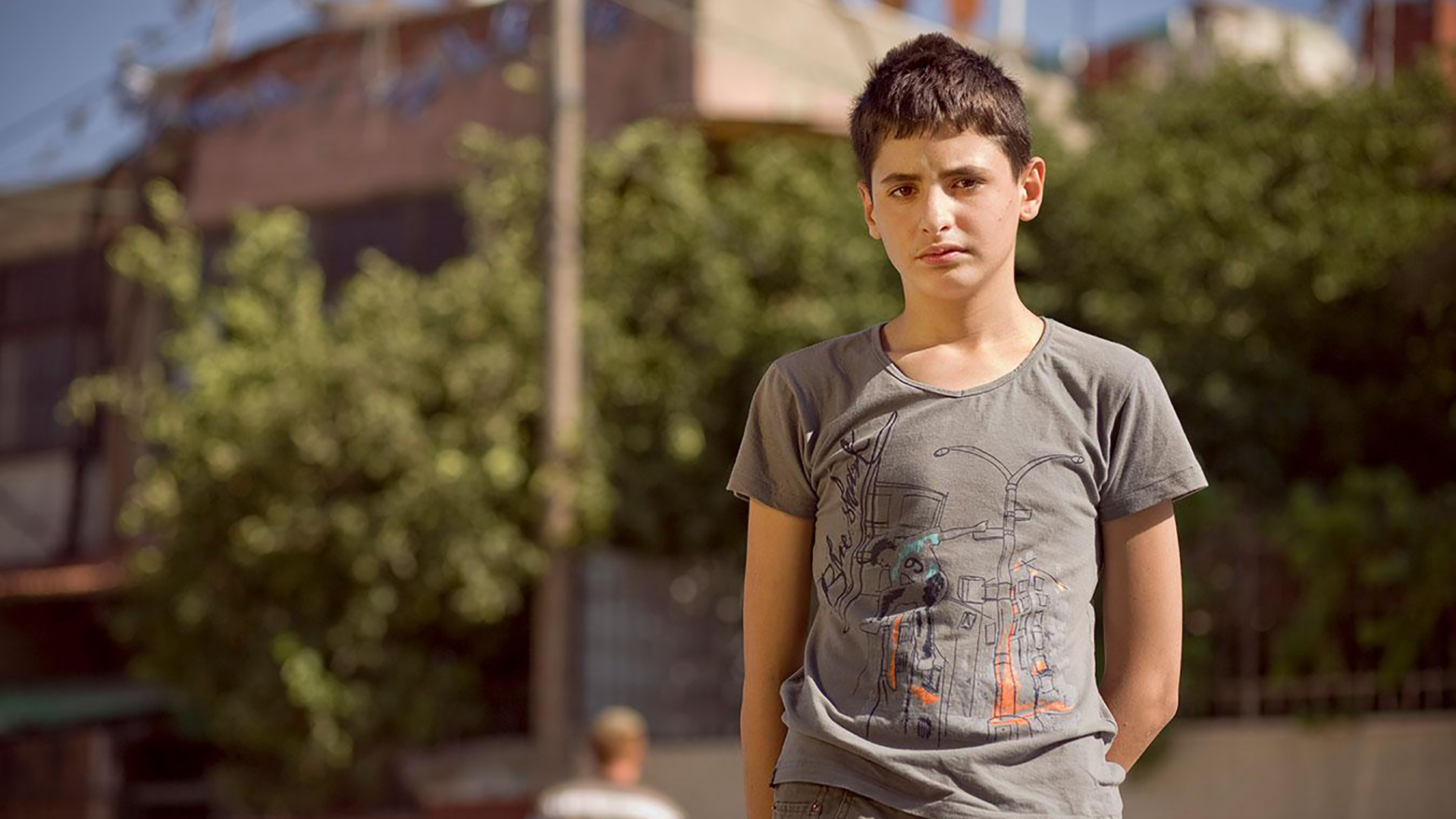 Directed and Produced by
JULIA BACHA AND REBEKAH WINGERT-JABI

Mohammed El Kurd is a Palestinian boy growing up in the neighbourhood of Sheikh Jarrah in the heart of East Jerusalem. When Mohammed turns 11, his family is forced to give up part of their home to Israeli settlers, who are leading a campaign of court-sanctioned evictions to guarantee Jewish control of the area.

Shortly after their displacement, Mohammed’s family and other residents begin holding unarmed protests against the evictions, determined not to lose their homes for good. In a surprising turn, they are quickly joined by scores of Israeli supporters who are horrified to see what is being done in their name. Among them is Jewish West Jerusalem resident Zvi Benninga and his sister Sara, who develop a strong relationship with Mohammed and his family as they take on a leading role in organizing the protests.

Through their personal stories, My Neighbourhood goes beyond the sensational headlines that normally dominate discussions of Jerusalem and captures voices rarely heard, of those striving for a future of equality and pluralism in the city.

My Neighbourhood follows Mohammed as he comes of age in the midst of unrelenting tension and remarkable cooperation in his backyard. Highlighting Mohammed’s own reactions to the highly volatile situation, reflections from family members and other evicted residents, accounts of Israeli protesters and interviews with Israeli settlers, the film chronicles the resolve of a neighbourhood and the support it receives from the most unexpected of places.

My Neighbourhood is directed and produced by Rebekah Wingert-Jabi, who documented Mohammed’s story over two years, and acclaimed filmmaker Julia Bacha. It is the latest production by Just Vision, an award-winning team of Palestinian, Israeli, North and South American filmmakers, journalists and human rights advocates dedicated to telling the stories of Israelis and Palestinians working nonviolently to achieve freedom, dignity, equality and human security in the region.

The story we set out to tell in My Neighbourhood is still largely unfinished. Mohammed’s family and their neighbors have yet to regain their homes, and the specter of displacement remains very real for hundreds of others living in Sheikh Jarrah and across East Jerusalem. In the meantime, protests involving both Israelis and Palestinians continue, though it is still unclear how successful they will be in their campaign to halt and ultimately reverse the evictions.

Yet it was precisely the open-endedness of this story, and the urgency of this particular moment, that led us to create My Neighbourhood. Events in Jerusalem – the geographic, religious and emotional focal point of the conflict – have a way of quickly spiraling outwards and influencing, for better or worse, the atmosphere throughout the region. Jerusalem can either be an unstable powder keg with the potential to ignite the entire Middle East, or, however remote a possibility it may now seem, a shared city that sets a tone of cooperation and mutual respect between Israelis and Palestinians.

My Neighbourhood came out of a desire to bring crucial local and global attention to those working towards the latter option, in the hopes that it will protect and empower them at this extremely fragile time. We created the film with an understanding that these competing visions are being played out on the ground right now, while the city’s future hangs in the balance.

Over the past few years, as we toured around with our previous films Budrus and Encounter Point, we’ve been repeatedly struck by the transformative power of an audience’s attention. For those like Mohammed and Zvi, who have chosen to struggle nonviolently for the future of their city, the knowledge that others in their societies and around the world are watching and supporting them is invaluable.

This idea formed the basis of a recent TEDTalk I gave, in which I described how both nonviolent and violent movements essentially clamor for the same thing: the validating force of being noticed. It is the fuel on which they run. And in Jerusalem, perhaps more than any other place in this conflict, we have for too long been willing to give ample attention to violence and extremism, while neglecting the courageous efforts of those pursuing a more constructive path without arms.

My Neighbourhood is an attempt to shift that dynamic. To see Jerusalem not solely from the perspective of politicians and religious extremists, but rather through the eyes of individuals growing up in the city, and hoping, despite all they have experienced, that a more noble and equitable future exists for all who live within it. The film is our response to the challenge those like Mohammed and Zvi pose to all of us who care about Jerusalem and the region’s future: to bring new storylines and new expectations to this beloved and beleaguered city.

I first started filming in the Sheikh Jarrah neighborhood in 2008, when Palestinian families there started to receive eviction notices. At the time, I had been living in the region on and off for seven years. I knew well the profound impact that settlement growth and home evictions had on the prospects for peace between Israelis and Palestinians but felt little attention had been given to how they affect the lives of those involved.  I wanted to shed light on these issues through film, with the hope that it would lead to a better understanding of these significant obstacles to peace.

I met Mohammed, who was 12 at the time, while filming in the neighborhood. He introduced himself to me asking if he could interview me for a film he was making. He was full of curiosity and had an energy that struck me as remarkable for someone who had recently been evicted from his home.  After he interviewed me, I started interviewing him, and came to understand that film and poetry were a means he used to express and share the anger and vulnerability he felt after his eviction and those of his neighbors. His response encapsulated what I had witnessed throughout the Sheikh Jarrah neighborhood. From the onset this community was determined to doggedly struggle for justice nonviolently. In doing so, the residents emerged from the traumatic events of the evictions with a surprising sense of hope that if they just kept at their struggle, justice would ultimately prevail.

When Israelis started crossing the invisible line between West and East Jerusalem to protest the evictions, some in the community found greater reason to have hope, others were skeptical. Mohammed, who had only known Israelis as settlers and police, made friends with Israelis like Zvi, who chose to struggle for the same justice Mohammed was seeking. I never expected to witness these types of interactions in such a volatile area and was very surprised that it was there, at the heart of the battle for the future of Jerusalem, that I witnessed a foundation for peace in the city being laid.

With as much hope as that experience gave me, the reality on the ground in Sheikh Jarrah today is troubling. After being evicted from his father’s home, Mohammed and his family moved in with his grandmother and now face the possibility of being forced out of this home too. Hundreds of others in Sheikh Jarrah and East Jerusalem are facing a similar threat. Courageous Palestinians and Israelis continue to protest nonviolently in Sheikh Jarrah and are trying to keep alive the very unique spirit that emerged there.  I hope that as their story gets out to audiences that they will find the strength to continue to keep that spirit alive where it is most needed, in Jerusalem, at the heart of the Israeli-Palestinian conflict.

For answers to frequently asked questions about Budrus, please visit the FAQ page.

Check out press coverage about My Neighbourhood 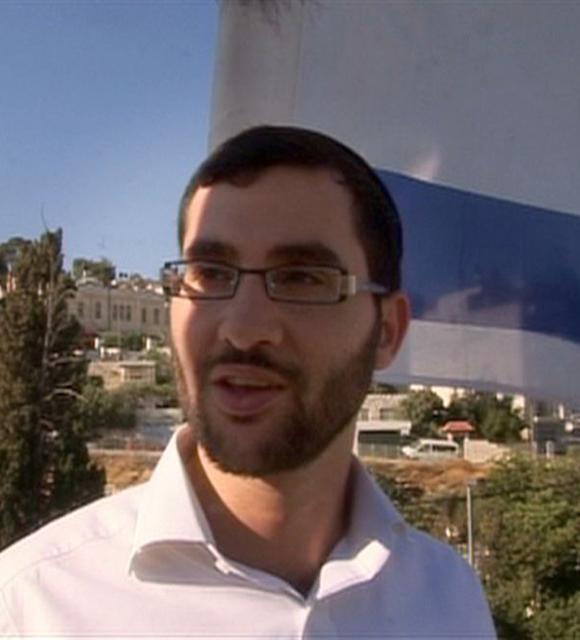 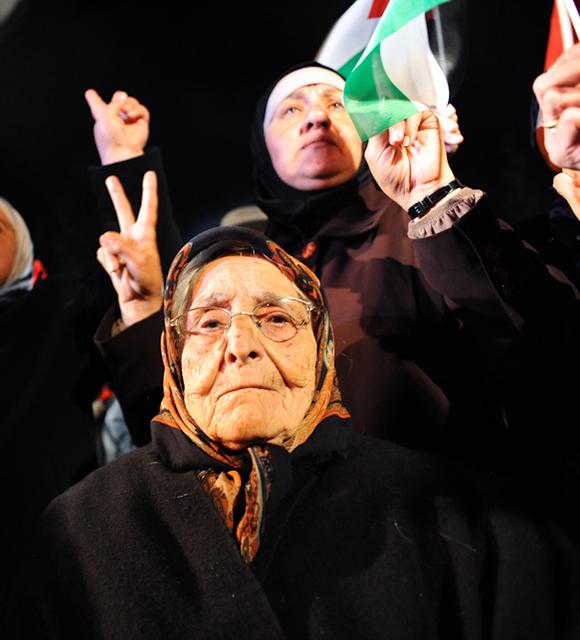 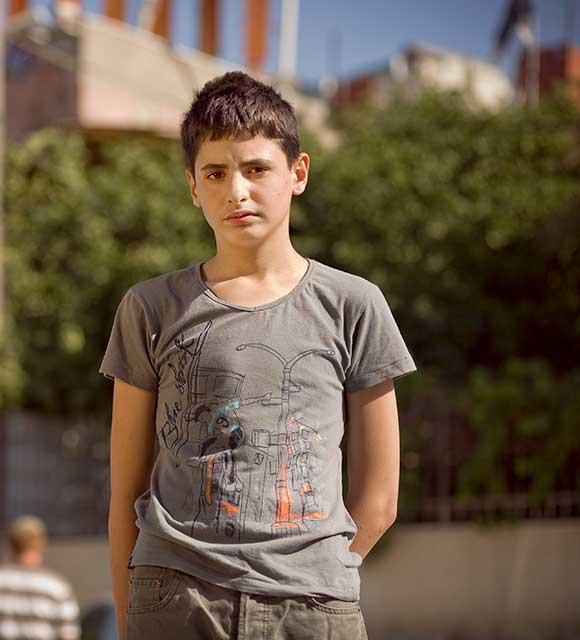 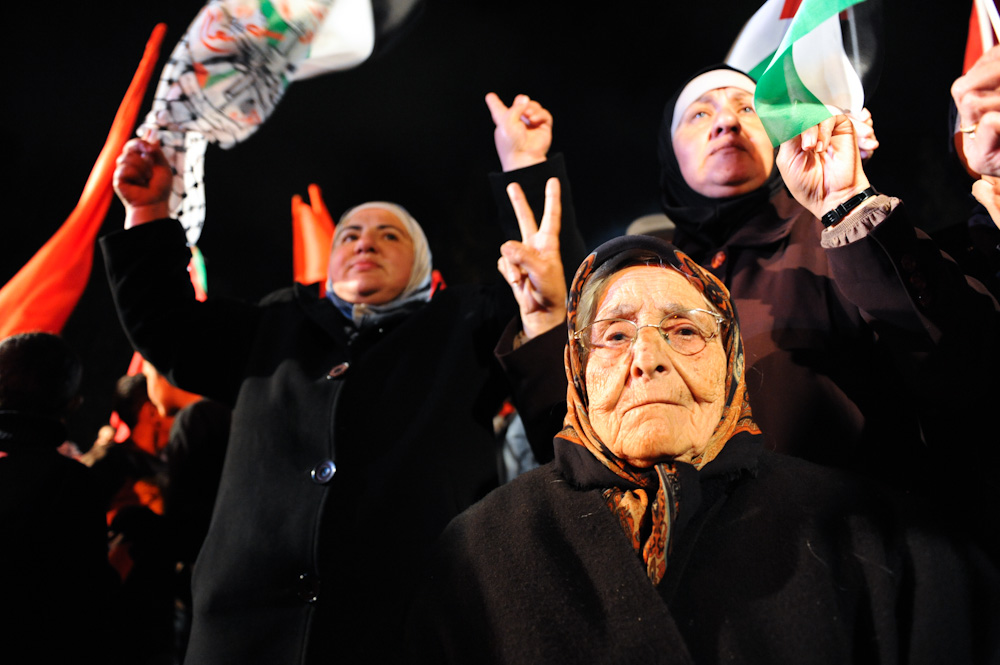 A rare perspective amid Palestinian-Israeli headlines.

Just Vision shed tremendous light on issues of settlements in Jerusalem and helped place my neighborhood, Sheikh Jarrah, at the center of global consciousness.