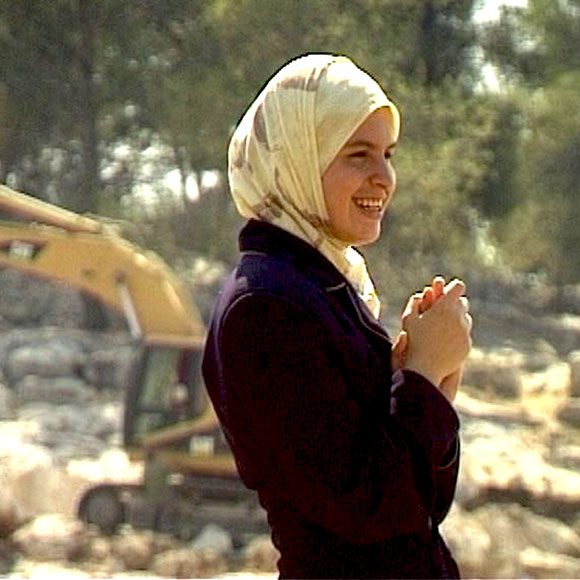 Ayed’s 15-year-old daughter was the first to succeed in getting past the Israeli border police and stopping a bulldozer by courageously jumping in front of it. Her fearlessness galvanizes the entire village and affirms the importance of women in the movement. The demonstrations in Budrus marked the first time that Iltezam, like most of the village’s youth, met Israelis who were not soldiers or settlers. She says, “I visited many times my father in prison and all the Israelis that I met were very, very bad, but now I know that not all Israelis are the same. Some of them want to live together in peace.” Read Just Vision's in-depth interview with Iltezam.