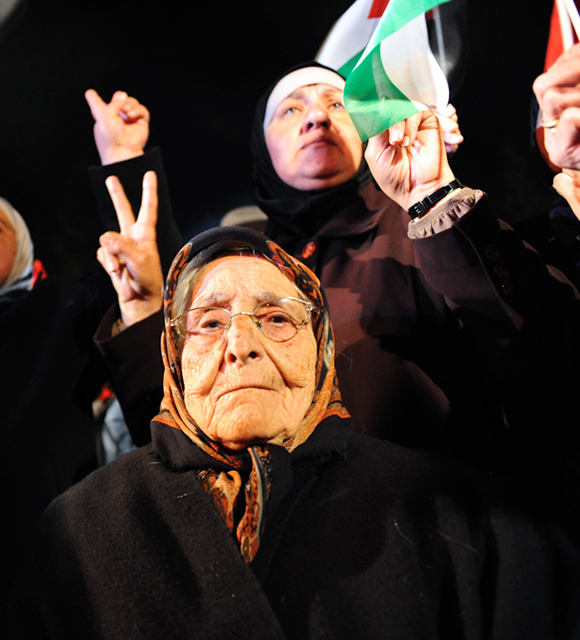 Rifka El Kurd is Mohammed’s grandmother, and has been living in the El Kurd family home in Sheikh Jarrah for over half a century. She first arrived in the neighbourhood as a refugee in the 1950s, after her family had been displaced from Haifa in the 1948 War. Rifka hopes the protests in the neighbourhood can help her regain her home, yet she is wary of Israeli participation in the struggle. “If you want to hear the truth, I don’t really trust them,” she says. “You’re telling me they will leave their people…their religion and join us? It’s not logical.”