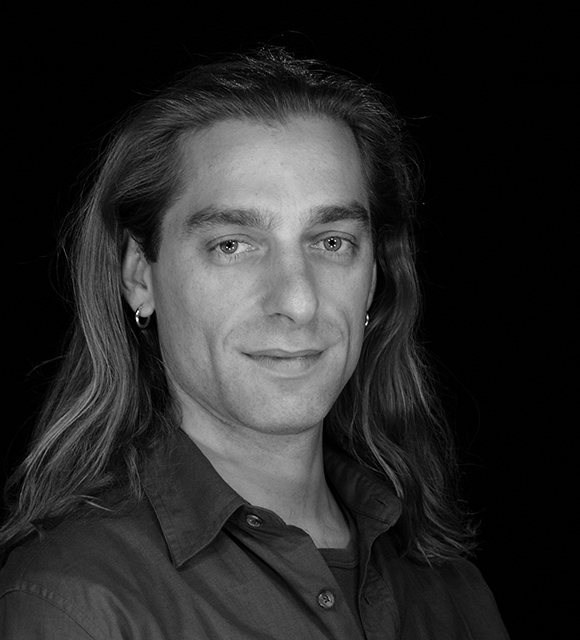 Darius Fisher has produced and co-produced several award-winning documentaries on subjects ranging from alternative energy ("FUEL") to peace in the Middle East (Encounter Point & Budrus). As a filmmaker he is dedicated to finding and sharing solutions to some of the world's biggest challenges with the largest audiences possible. He is the founder and president of a production and post-production boutique Digital Neural Axis (DNA) in Topanga, California. Darius was born in London and as a child he appeared in TV commercials which planted the seed for a life long fascination with film and video.

Darius has been actively involved in politics, environmentalism, social justice and indigenous rights since his youth. In 1989 Darius joined ARK, an organization founded by prominent environmentalists, film makers and recording artists that included Chrissie Hynde, Sir Paul McCartney, Sting and Peter Gabriel. ARK was created to use the power of mass media to promote environmental awareness and ecologically sound products through cutting edge media and music projects. Darius developed and co-ordinated special events and film and video projects for ARK that combined his passion both for film making and positive social change including "One World One Voice" that was broadcast to over 2 billion people.

In 1998 he moved DNA to Los Angeles where DNA has produced hundreds of visual effects shots for major hollywood films. He has worked as a digital artist and an on-set vfx supervisor, post vfx supervisor and vfx producer. Among some of DNA's projects were THE AVIATOR, THE LAST SAMURI and SUPERMAN RETURNS and in 2009/10 Dylan Dog: Dead of Night.

DNA is based in LA's Topanga Canyon and has been written up in Variety, the Hollywood Reporter, Millimeter and Post magazine amongst others. Darius is a graduate of Sussex University and earned his B.A. in French, and European Studies.