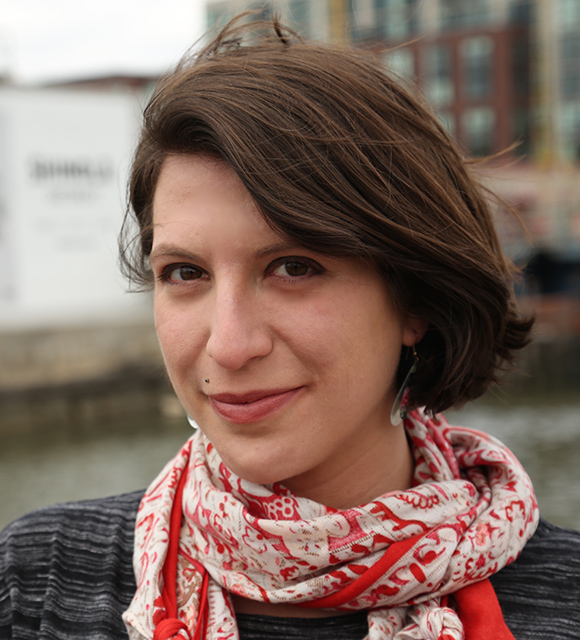 Emma is the Deputy Director of Just Vision, an organization that fills a media gap on Israel-Palestine through independent storytelling and strategic audience engagement. In this role, she oversees Just Vision's public engagement, communications and operations teams in the US, Israel and Palestine.

She previously served as the team's Public Engagement Director, leading the organization's outreach and impact strategy to reach Palestinian, Israeli and American audiences including students, educators, faith leaders, community organizers, policy makers, activists and thought leaders. Emma is the impact producer for Just Vision's newest documentary, Naila and the Uprising (2017), which chronicles the remarkable journey of Naila Ayesh whose story weaves through the most vibrant, nonviolent mobilization in Palestinian history -- the First Intifada. She was also an integral member of the team's impact campaign for the award-winning documentary, The Wanted 18 (2015). Through this work, she has helped to amplify stories of Palestinian-led and Israeli-supported civil resistance movements, grassroots organizing and women's leadership to universities, conferences, think-tanks, faith communities and other audiences across the US.

Before joining Just Vision, Emma worked as an educational consultant in Cairo with Egyptian high school students working toward higher education. She was also an English Content Editor at elCinema.com, the largest database of Arabic-language films and entertainment news. Previously, Emma served as a Program Manager at Students of the World, a nonprofit media company that supports young filmmakers working to document social issues in their communities and around the globe. In this role, she produced and co-edited a range of short documentaries covering issues from human trafficking in Thailand to economic growth in Kenya and youth education in Palestine.

She has an M.A. in Near Eastern Studies from New York University, where she completed a thesis project on Palestinian cinema production, including in-depth fieldwork with filmmakers working in the West Bank, Jordan and East Jerusalem. She graduated with a B.A. from The University of Texas at Austin with degrees in photojournalism and peace and conflict studies. Emma has spent time living and studying Arabic in Jordan, Egypt and the Occupied Palestinian Territories.