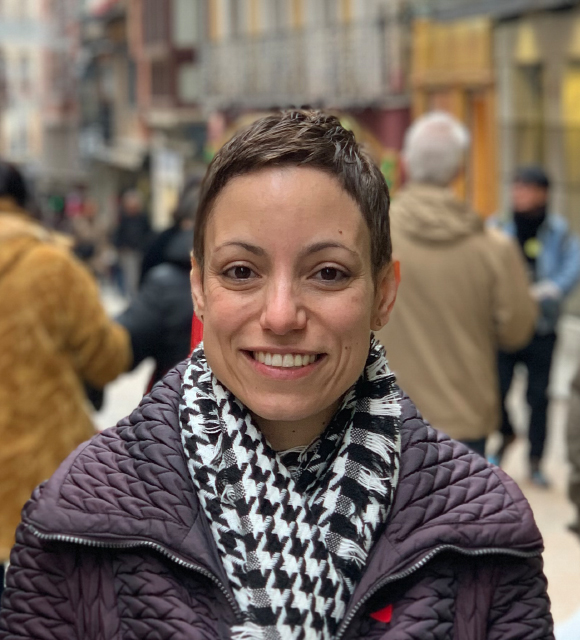 Eva is a UX designer, a graphic designer and a web developer based in Haifa. She is the lead designer and developer at Just Vision, an organization that fills a media gap on Israel-Palestine through independent storytelling and strategic audience engagement.

In her years at Just vision, she has gradually built the organization’s brand, redesigned and launched our website. She has branded the documentary film Naila and the Uprising, which premiered at DOCNYC, IDFA and at the Dubai Film Festival, and redesigned the award-winning Hebrew-language news site, Local Call.

Previously, she studied at the Hebrew University in Jerusalem, where she received a Masters Degree in Communication and Journalism. She worked in the field of public relations for a few years, and was the media director at Adalah - The Legal Center for Arab Minority Rights in Israel, where, she led the PR in landmark cases and major events such as the OR commission hearings, Family Unification Case, and various political and international humanitarian cases, and helped bring these stories to major media outlets in Israel and abroad.

Later Eva became interested in Graphic design and started gradually to shift her career toward this direction. She recently studied UX design at the Technion - Israel Institute of Technology.

Besides Eva’s role at Just Vision, she has worked on dozens of projects that have involved branding, digital design and development, and print design, with diverse and multicultural clients --from individuals and tech startups to feminist and human rights organizations.

Eva is a problem solver, an avid reader, a self learner and extremely curious about people. She lives in Haifa with her partner and two kids and is originally from Rama, a small village close to the northern border.