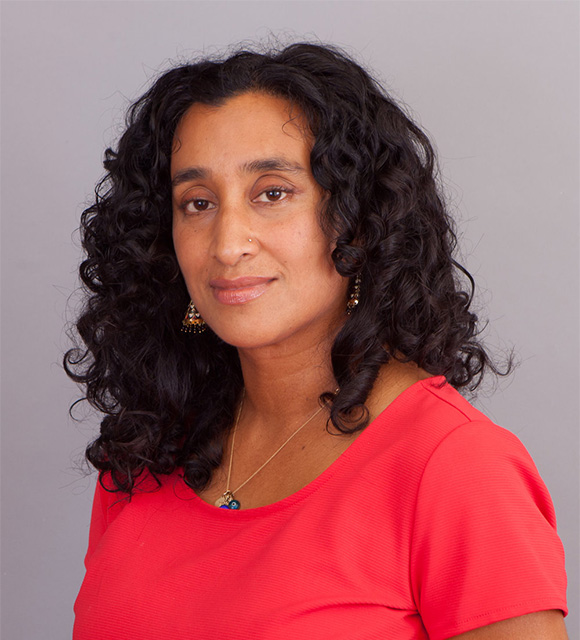 Geeta Gandbhir has over nineteen years of varied experience in the fields of film, television and animation. She has been nominated for three Emmy Awards, and has won two, and her films have won one Academy Award and three Peabody Awards. Recently, her film "God is the Bigger Elvis" with director Rebecca Cammisa was nominated for the 2012 Oscars.

Geeta started out working as an animator for the legendary filmmaker Suzan Pitt doing pieces for MTV‚Äôs groundbreaking Liquid Television series, as well as Pitt ºs film ‚ÄúJoy Street‚Äù which was featured in the New York Film Festival. Wanting to branch out and broaden her skills, she then transitioned into film editing, working with distinguished, award-winning directors and producers such as Spike Lee, Robert Altman and Sam Pollard. In television, she has worked for PBS, MTV, Discovery, Court TV, Oxygen Media, HBO and many others. Recent works include the PBS series "African American Lives with Henry Lewis Gates" and the four-hour HBO documentary series "When the Levees Broke" for filmmaker Spike Lee, for which she won an Emmy Award for Best Editing. Most recent works include: "What's Going On: The Life Of Marvin Gaye" for PBS American Masters and Amy Rice and Alicia Sam's feature documentary "By the People: The Election of Barack Obama", executive produced by Edward Norton and released by HBO, for which she won her second Emmy Award, and "Music By Prudence", a documentary produced by HBO and Director Roger Ross Williams, which won the 2010 Oscar for Best Short Documentary. She recently completed a feature-length documentary entitled Budrus by Just Vision Films, the directors and producers of the award-winning film Control Room