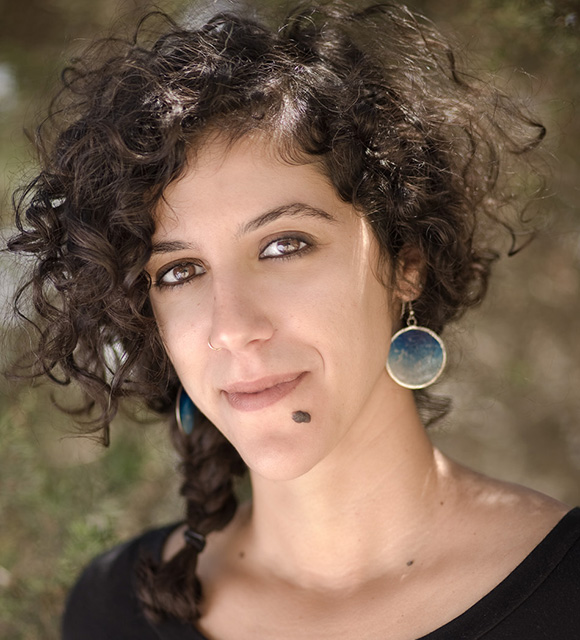 Irene worked with Just Vision from 2008-2013, most recently serving as the Strategic Projects Coordinator, where she worked to expand the reach of the organization projects that tell the stories of nonviolent resistance and community organizers. Her work focused on transporting these projects into new media and mediums that transcend barriers to their impact.

Irene Nasser is a media and television producer. Based in Jerusalem, she has worked both locally and abroad to report on the untold stories. Over the past few years, Irene has worked with Al Jazeera English, Al Jazeera America, New York Times Magazine, Newsweek, and many others. Irene was also a media producer with groups such as Activestills, a photographers collective focusing on civic and political change. In addition to speaking internationally about media, social media, and women‚Äôs movements, Irene has trained and facilitated various groups on topics such as social media, women‚Äôs issues, and advocacy.

Previously, Irene was the Strategic Projects Coordinator at Just Vision. As part of her work at Just Vision, Irene produced and created an Arabic Graphic Novel, Budrus (based on a film directed by Julia Bacha), that tells the powerful story of 15-year-old Iltezam Morrar who mobilizes women in her village to join and lead an unarmed resistance campaign to save their village land from confiscation. Irene is also the co-producer of a series of short films, Home Front (Aspen ShortFest Official Selection 2012) as well as My Neighbourhood, (Winner of the 2012 Peabody Award, the 2012 Al Jazeera Documentary Film Festival Award, and Official Selection of the Tribeca Film Festival 2012, among many others).

Irene is fluent in Arabic, Hebrew, and English and is the co-author of "Textbooks as a Vehicle for Segregation and Domination: State Efforts to Shape Palestinian Israelis' Identities as Citizens" in the Journal of Curriculum Studies (Vol. 40, 2008). She received an MA in International Service from American University, Washington, DC in 2007. Her thesis focused on the intersection of conflict and identity, and the role of oral history in forming the identity of Palestinians with Israeli citizenship.