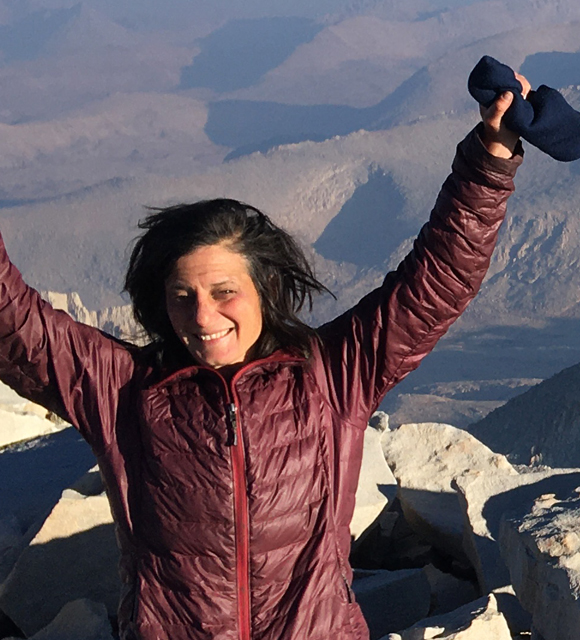 Jen Marlowe is an author/documentary filmmaker/playwright/journalist and human rights/social justice activist. She is the founder of Donkeysaddle Projects, which uses film, writing, theatre and other artistic platforms to amplify the resilience and courage of those who have been marginalized and oppressed and are choosing resistance with humanity and dignity. She is also the part-time Consulting Producer for Just Vision, an organization that fills a media gap on Israel-Palestine through independent storytelling and strategic audience engagement, and was the co-producer of their film Naila and the Uprising (2017).

Jen's most recent documentary project was the 5-part video series, Remembering the Gaza War, which was produced jointly by Donkeysaddle Projects, Just Vision and the IMEU. Her previous film, Witness Bahrain (2015), documents the aftermath of the Bahraini regime‚Äôs crackdown on pro-democracy and human rights activists.

Jen's short film One Family in Gaza (2011) profiled one family‚Äôs experience during and after the 2009 assault on the Gaza Strip. One Family in Gaza received the Audience Award at the Bellingham Human Rights Film Festival in 2013.

Jen's previous book, The Hour of Sunlight (Nation Books, 2011), was co-authored with and tells the story of Sami Al Jundi, a Palestinian man from the Old City of Jerusalem who spent ten years in Israeli prison for militant activity against the occupation and then spent the next two decades fighting nonviolently to end the occupation. The Hour of Sunlight won the London-based Middle East Monitor‚Äôs 2012 Palestine Book Award for the best English language book about Palestine.

Jen is also the playwright of There is a Field. The play addresses issues faced by Palestinian citizens of Israel. There is a Field has been performed all across the United States and internationally, and is used as a platform to explore parallels vis a vis state violence and structural racism.

Jen has made two films about Sudan. In 2004, she traveled to Northern Darfur and Eastern Chad with colleagues Adam Shapiro and Aisha Bain to make the documentary film Darfur Diaries: Message from Home (2006) which won Best of Fest at the Transcontinental Film Festival. She also wrote the accompanying book Darfur Diaries: Stories of Survival (Nation Books, 2006). Darfur Diaries was included in the 2007 edition of the Best American Non-Required Reading, edited by Dave Eggers.

Rebuilding Hope (2009), follows three Sudanese-American young men on their first homecoming trip back to South Sudan, to discover whether their homes and families survived the civil war and to build a school, drill wells and bring medical supplies to their villages in Sudan. Alice Walker said of the film: "Rebuilding Hope...is a deeply moving study in loss and suffering, in courage, in wisdom about the meaning of Life as Humans that seems as old as continent of Africa."

Jen's writings can be found in the Nation, the Guardian, the Progressive, Tomdispatch.com, Ha‚Äôaretz, Seattle Times and Yes! Magazine. She has been awarded travel grants from the Pulitzer Center on Crisis Reporting and The Nation Institute Investigative Fund and was granted a writing residency at Hedgebrook.