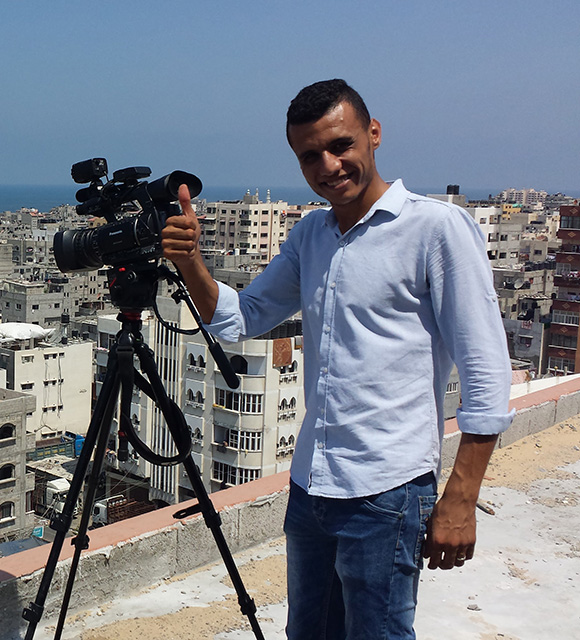 Mohammed Abu Safia is a Gaza-based cinematographer. While working for Color Bars for Media Production, he filmed and produced three short films for the Women Affairs Center, and trained women on filming techniques. His cinematography credits include Naila and the Uprising (2017) as well as filming for networks throughout Europe. He has worked on video projects for UNICEF, UNDP, UN Women, and the Palestinian Center for Democracy and Conflict Resolution, among many other places. His producing credits include Al Jazeera English, Al Jazeera Arabic, Alray Italy, and Tg2 Italy.