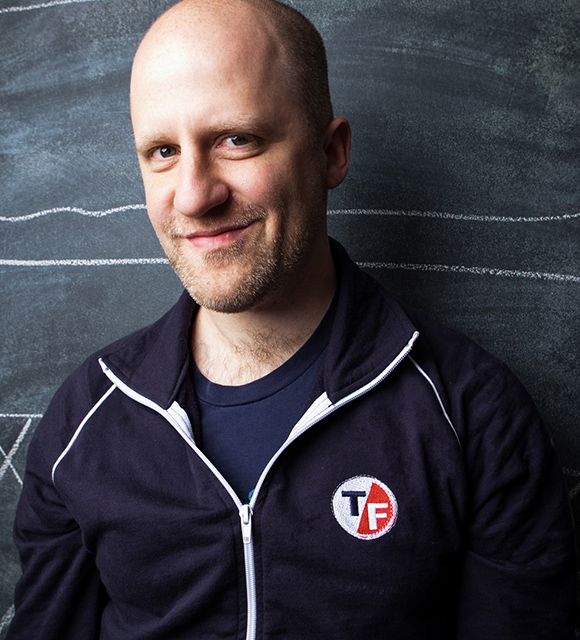 DuBowski is the Director/Producer of Trembling Before G-d, which had a World Premiere at the Sundance Film Festival, received twelve awards, released theatrically in the United States, Israel, Canada, Germany, South Africa, and UK and is airing on BBC, The Sundance Channel, ZDF-Arte, Israel‚Äôs Keshet, and other TV stations worldwide. DuBowski has conducted 800 live events with the film across the globe and the film has been seen by over 8 million people. He created Trembling on the Road to document this life-changing movement for the DVD and launched www.filmsthatchangetheworld.com to engage people through film and global events.

Sandi DuBowski is the Producer of A Jihad for Love, directed by Parvez Sharma, about the global struggle of Islam and homosexuality. A Jihad for Love had a World Premiere at The Toronto International Film Festival and The Berlin Film Festival, is a co-production with France-Germany's ZDF-Arte, UK's Channel 4, LOGO, SBS-Australia, The Katahdin Foundation, and The Sundance Documentary Fund and has screened publicly in Turkey, Indonesia, and Malaysia and privately in Iran, Pakistan, Egypt, Palestine, Bangladesh and Somalia. DuBowski is the Co-Producer of a new film, Budrus, a project of Just Vision which follows a Palestinian leader who unites Palestinian political factions and Israelis in a non-violent movement to save his village from destruction. The film had a Gala Premiere at the Dubai Film Festival, a European Premiere at The Berlin Film Festival, will have a U.S. Premiere at The Tribeca Film Festival and will be released in 2010.

DuBowski's work has been funded by over sixty foundations including The Creative Capital Foundation, The Sundance Institute Documentary Film Program, The Steven Spielberg Righteous Persons Foundation, The Rockefeller Film/Video/Multimedia Fellowship, Cinereach, and The Jerome Foundation. DuBowski consults and speaks about strategic international distribution campaigns, creative audience outreach and engagement, global fundraising, publicity and marketing, and new Internet platforms at leading festivals and conferences - The Toronto International Film Festival, The Sundance Film Festival, The Berlin Film Festival Talent Campus, The Sheffield Documentary Film Festival, The Hot Docs Film Festival, Silverdocs, Greenhouse, and IFP. He is the Outreach Director for The Good Pitch, an initiative of The Channel 4 BRITDOC Foundation and The Sundance Institute Documentary Film Program, which brings together inspiring social-purpose film projects and philanthropists, non-profits, foundations, television, media, brands, and technology to form powerful alliances around groundbreaking films. He is a Mentor at the upcoming BAVC Producers Institute for New Media Technologies, attended the first-ever TEDIndia, will be a media strategist at the 2010 Skoll World Forum on Social Entrepreneurship with The Sundance Documentary Film Program Skoll Foundation Stories of Change. He has served on juries at The Hamptons Film Festival, Silverdocs and IFP, and his writing has appeared in The Huffington Post and Filmmaker Magazine.

He is directing a new film about spiritual entrepreneur Amichai Lau-Lavie.