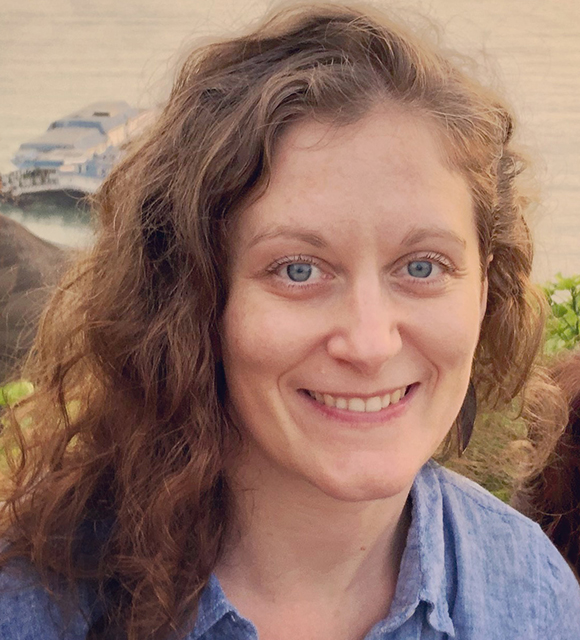 Sara Fusco is an Associate Producer and Assistant Editor for Just Vision's Naila and the Uprising. She got her start as an editor and creator of short documentaries and non profit videos covering refugee crises in the Middle East, the independence of South Sudan, earthquake recovery efforts in Nepal, and innovation in Uganda. Her short documentary MAKAPADS was a semi-finalist in GE's Focus Forward Filmmaker Competition, and her work on The Messy Truth original web series with Van Jones was the winner of a 2017 Webby Award.

Sara worked as an assistant editor on Meridian Hill Pictures‚Äô feature documentary film, City of Trees, and as a second editor on the film Fly By Light. In addition to her current work on Naila and the Uprising, she is editing a short documentary series on the Syrian refugee crisis.

When not in the edit room, Sara has worked as a mentor and technical advisor in youth media and teacher training classes in New York City and Washington, DC, and she spends most of her free time on the Brazilian Jiu Jitsu mats. Sara has a master‚Äôs in Media Studies from The New School in New York City.