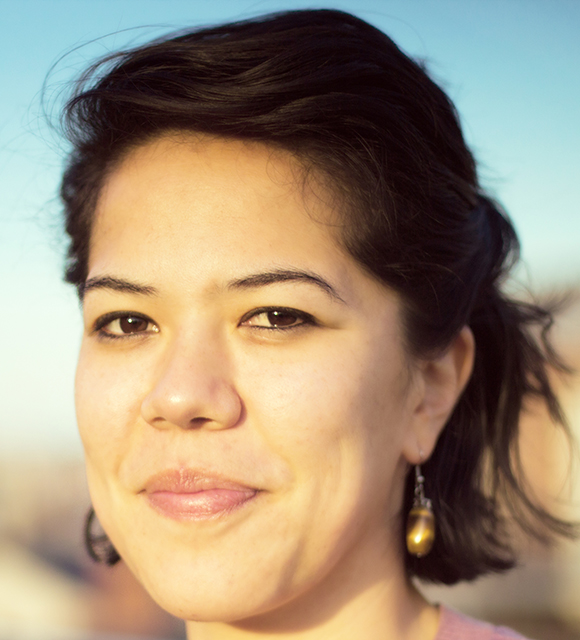 Suhad Babaa is a producer, news publisher, and the Executive Director of Just Vision, an organization that fills a media gap on Israel-Palestine through independent storytelling and strategic audience engagement.

Suhad has produced Boycott (2021) and executive produced Naila and the Uprising (2017). She is also the co-publisher of the award-winning Hebrew-language news site, Local Call. Additionally, Suhad helped lead the impact campaigns for Just Vision's critically acclaimed film, Budrus (2009), which was recognized with the Doc Society Social Impact Award in 2012, as well as the Peabody award-winning documentary, My Neighbourhood (2012), which has since helped support a global campaign to save Sheikh Jarrah, the community that sits at the heart of the film.

Suhad has addressed dozens of audiences at venues including the United Nations, White House, Harvard University and film festivals, mosques, synagogues and churches across the country. She has worked closely with policymakers, faith and community leaders, educators and students as part of Just Vision's broader public engagement efforts. Her team's work has been featured by institutions including TED, Tate Britain and the Nobel Women's Initiative and highlighted in outlets including The New York Times, CNN, Yedioth Ahronoth, PBS, BBC, Channel 2 News (Israel), Ma'an News, Al Quds, The Forward and beyond.

Suhad is a Sundance Creative Producing Fellow, Global Shaper with the World Economic Forum, and Term Member at the Council on Foreign Relations. Suhad graduated with honors from the University of Pennsylvania where she received a BA in Politics, Philosophy, and Economics.

Suhad is based in Washington, DC where she lives with her beloved partner and splits her time between DC, NYC and Israel-Palestine. She has also lived and worked on the Korean Peninsula.