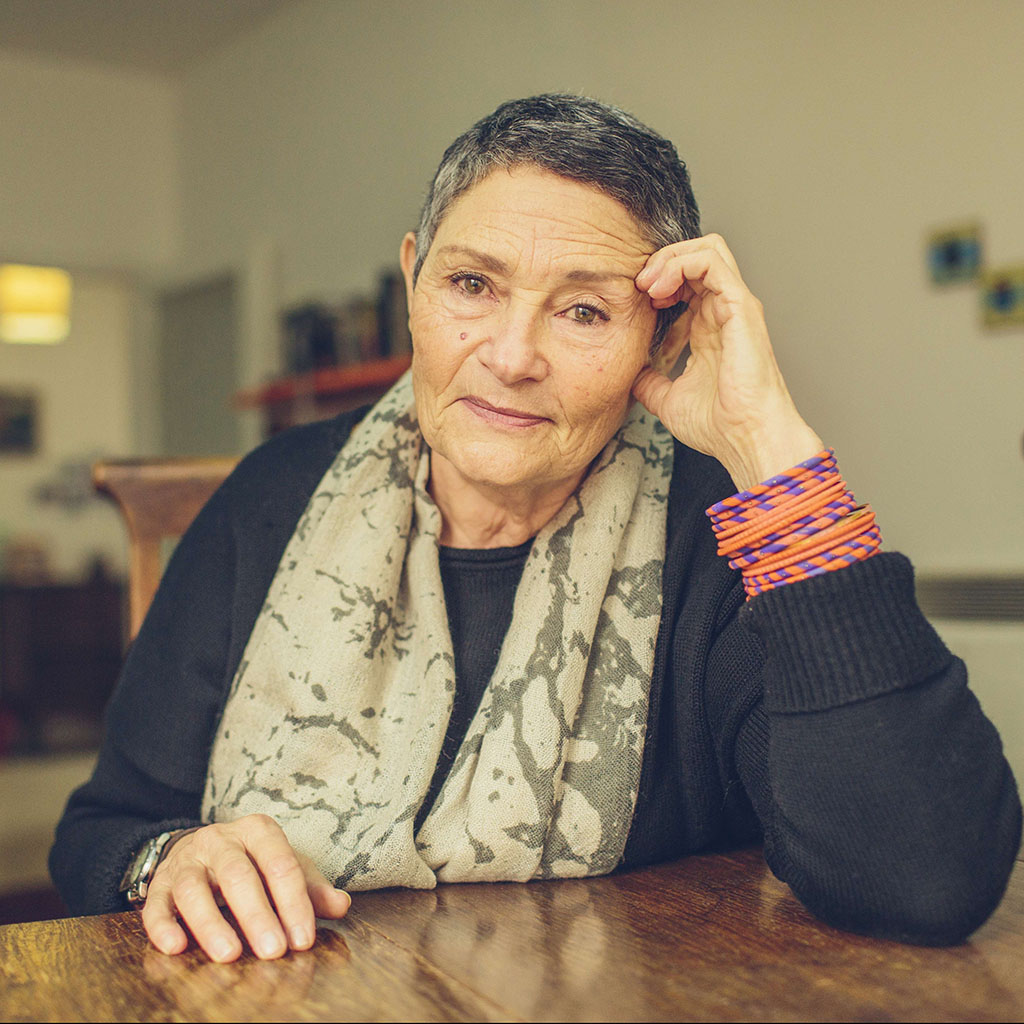 In 2002 a Palestinian sniper killed a group of Israeli soldiers at a checkpoint. Robi's son David was one of them. Robi is haunted by the loss of her son, and the knowledge that he was posted to defend an Israeli settlement in the Occupied Palestinian Territories to which he was politically opposed. After David was killed, Robi joined the Bereaved Families Forum. She speaks in support of Israeli-Palestinian reconciliation throughout Israel, the Occupied Palestinian Territories, and internationally. Robi says that all of her work is aimed at furthering understanding between the Israeli and Palestinian people. Robi sees echoes of her childhood in South Africa in the Israeli occupation. Read Just Vision's in-depth interview with Robi.